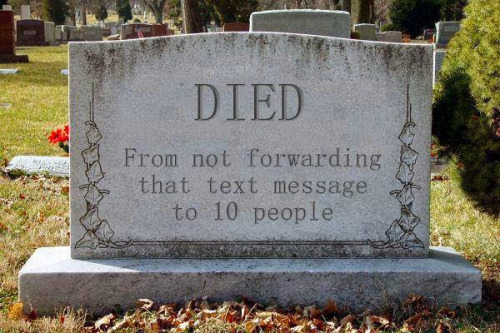 Whenever I see messages stating along this line: ‘if you don’t forward this to xx number of friends, your accounts of xx will be deactivated’. I get very annoyed! An example what I got this afternoon. 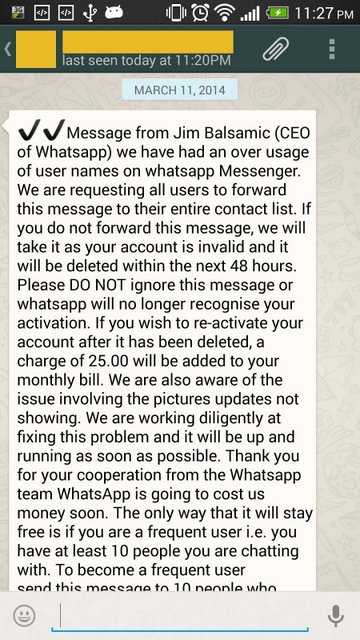 I tried to convince my friend that these sort of things are just chain letters and never fall for it but my friend still strongly believed that his failure to send the message above out was the result of his inability to get connected to WhatsApp last week.

The failed connection could be due to server down or error in the application itself. It will never be due to reason above. In the world of internet business, the more people you attract to your website or utilize your apps, the better it is, which also means, more money can be generated (through means such as advertisements). Internet business is all about getting ‘visitors’ or ‘audiences’, just like in TV broadcasting business, except that internet has the potential to reach out even greater audiences around the world.

They will never complaint of too many audiences. If they do run out of resources running their internet business, they better get more funding or support from somewhere in order to continue. For them, people means money. Look at how large Facebook server has grown. 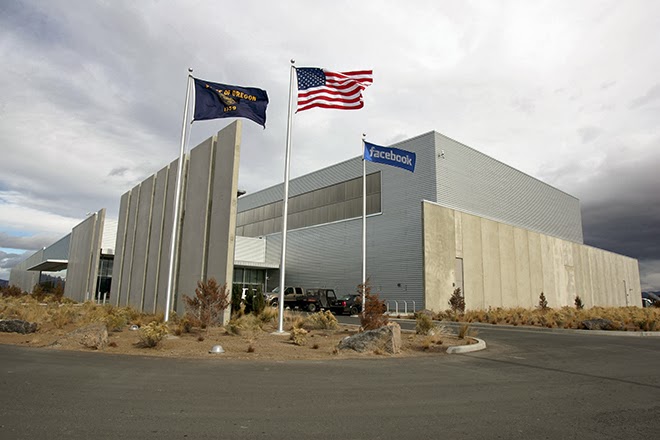 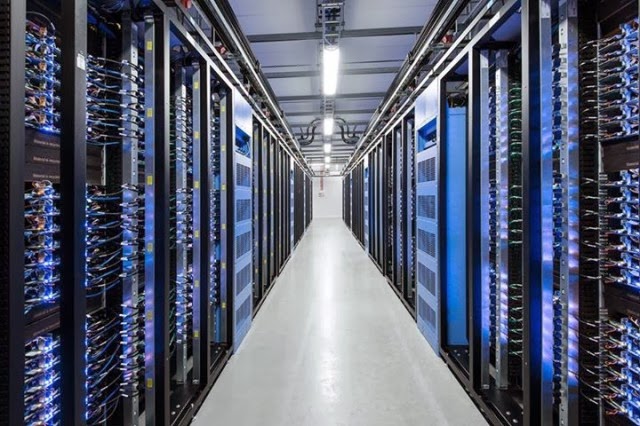 Does Facebook charge you a cent? Of course No unless you are advertising with them. In the case of Facebook, according to a report dated back in March 2013, they announced that they had about 1.11 billion users (still growing) using Facebook every month. With that kind of number, they have every reasons to get people to advertise at Facebook and that’s the reason why you have so many advertisements flooding your Facebook Timeline now. Advertisers are their source of revenue to support their operation.

Now, back to WhatsApp, you may ask since there’s not a single advertisement visible in their app, where do their fund come from? So far nobody knows for sure how does WhatsApp revenue model look like (if you know, please advise be commenting below). There are theories that WhatsApp supplied it’s users’ information to third parties for income but again, this is just a theory. Perhaps, they are able to support themselves for the time being but as at date of writing this, WhatsApp has being sold to Facebook so I believe the advertising thingy will come sooner or later.

One thing for sure, they will never ask to kick you out because they are running out of resources. The game of internet business is always building number of visitors/users!

Update: Whatsapp has since being taken over by Facebook.