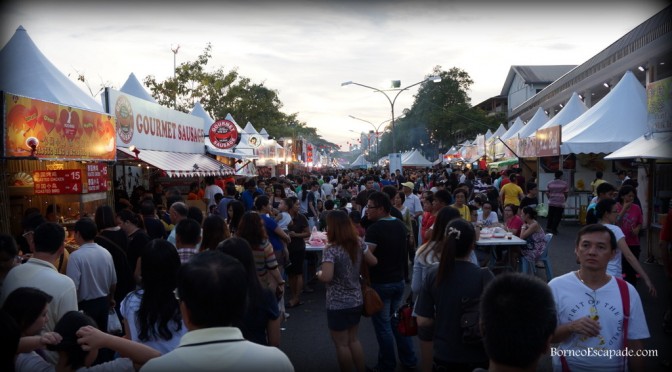 If food is your thing, you cannot miss this, one of the annual MEGA Karnival events held in the city of Kuching, the state capital of Sarawak which, normally held annually in the month of July or August lasting for a month.

A brief introduction about this event. This event is called Kuching Food Festival (KFF), organized by Kuching South City Council (MBKS). The event is part of a bigger event known as the Kuching Festival organised with the primary aim to celebrate the upgrading of Kuching to city status as well as to boost the local tourism and food industry.

This event is the only opportunity for you to meet food vendors from all over the city concentrating here in this particular event, selling their products and displaying their food creativity to the public. 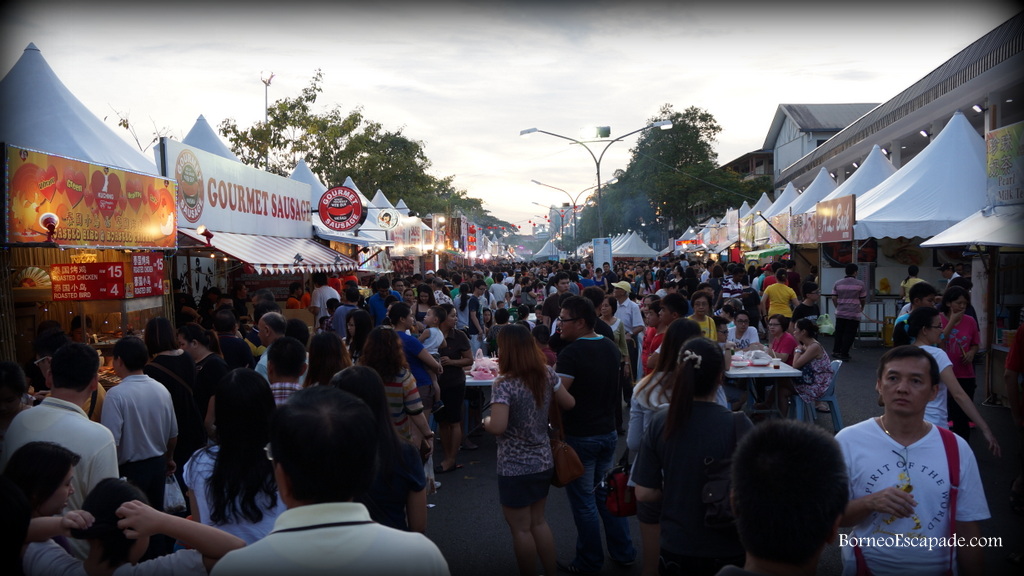 Lots of people are seen busy ‘hunting’ for their food. Dining tables and chairs prepared at the venue were already fully occupied with people, enjoying their favorite foods and chit chatting with their friends and families.  It was reported in the newspaper that some 208  food stalls were set up at the food festival and attracted about 8,000 people on a daily basis, which is crazy if you ask us.

We got the opportunity to taste different kinds of street food and among the famous ones include the salted fish bun, fried ice-cream, oyster pie and ‘The Plant’. (Undeniably though, some of these are copied from the street food of Hong Kong and Taiwan). 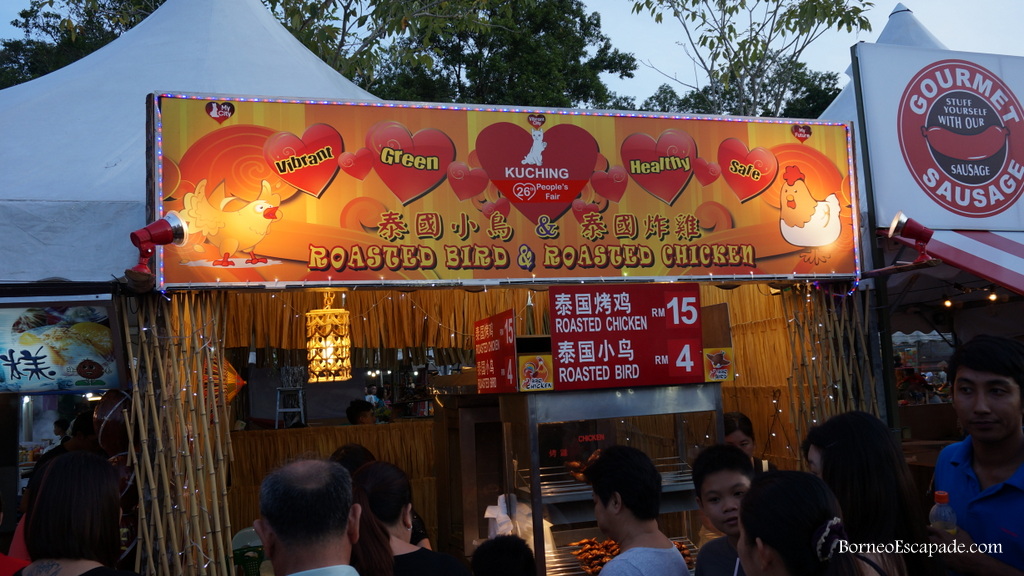 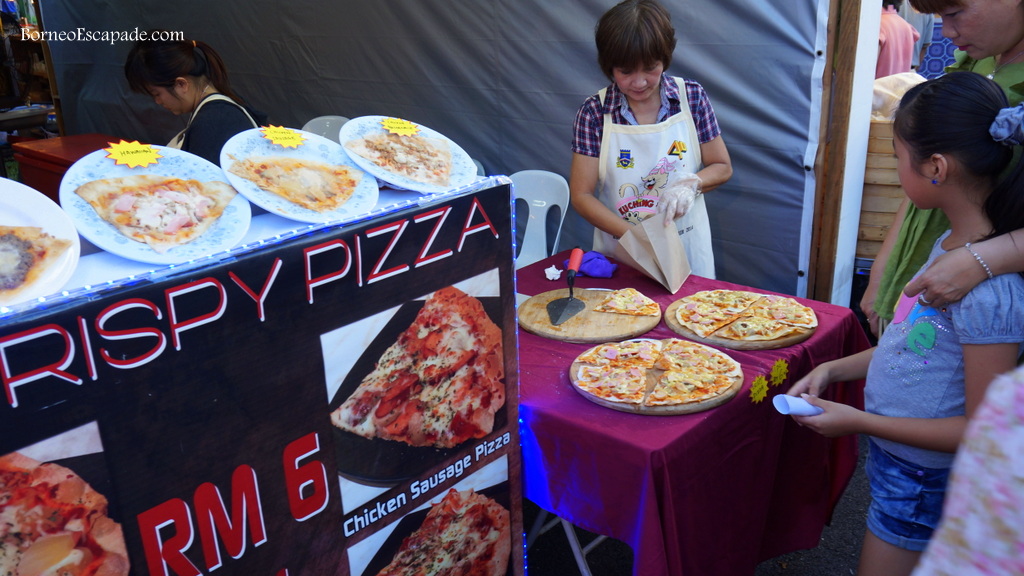 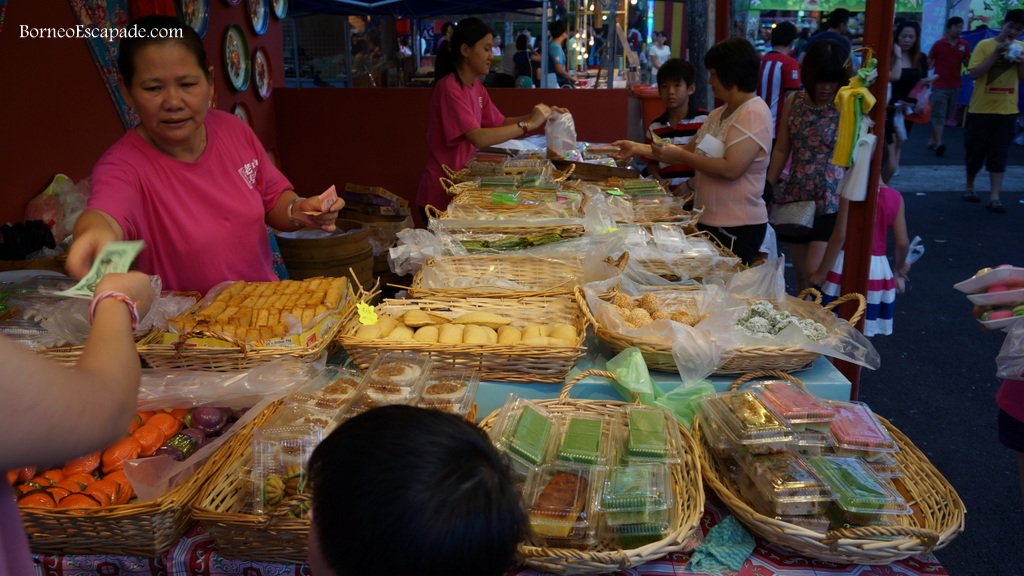 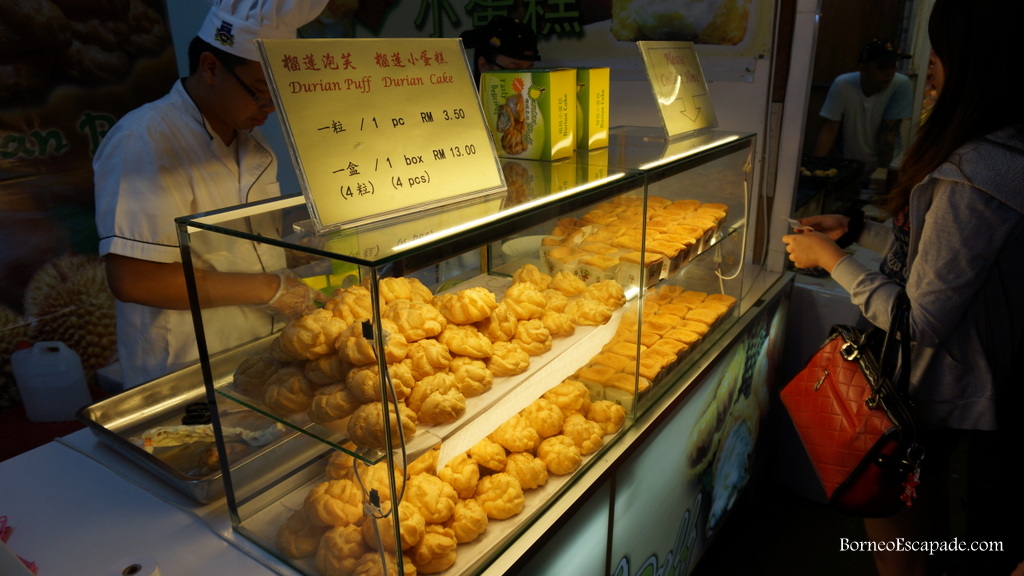 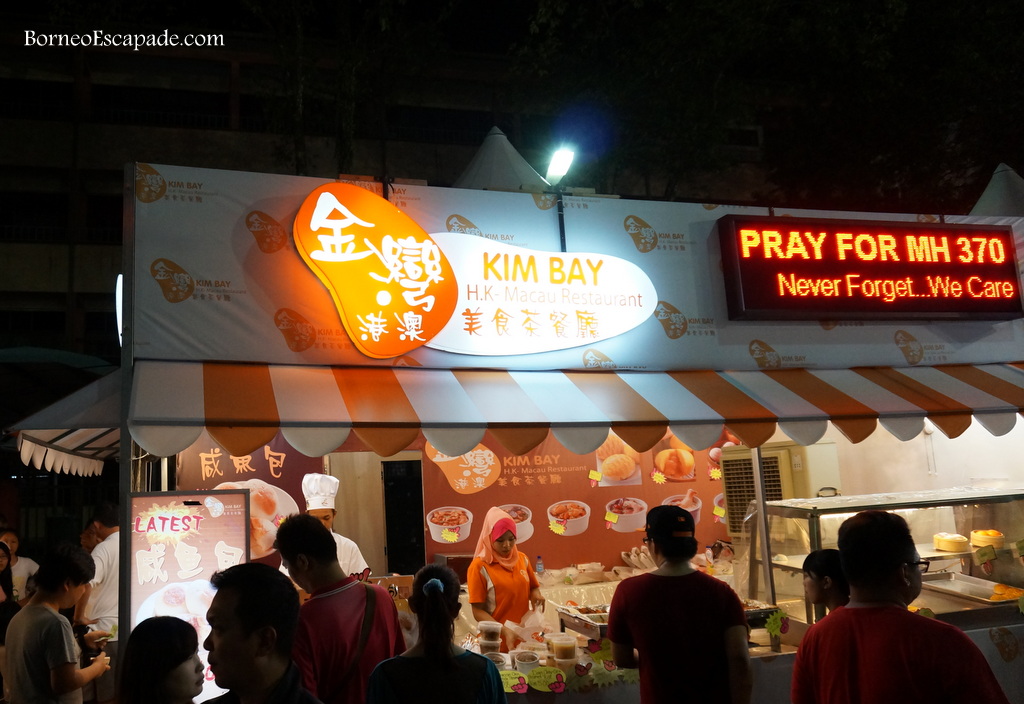 Although the main attraction at this event are the food stalls, there were also game stalls and and other offerings such as those selling handphone accessories, toys and electronics being set up at the event. 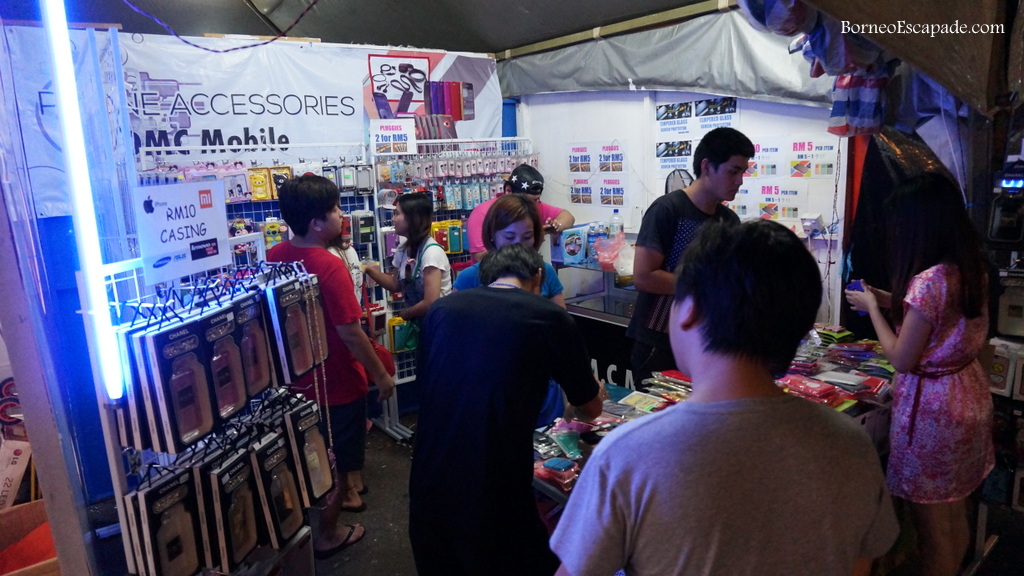 For this year, one happening that caught our attention was the hot air balloon. This is the first time such aircraft was being brought into Kuching city and of course attracted a lot of people. One 10 minutes ride of the hot air balloon will cost RM60 for an adult and RM30 for children above the age of 12. Food pricing wise, each serving would not cost more than RM20 and our suggestion is that if you wish to cover all types of  foods at KFF (though we still think it’s kind of impossible), try going there with as many friends or families you could possibly bring and with empty stomach then, each of you getting only one type of food from each stall and share it among yourself. For KFF: 2014, overall it was an eye opener event for us as we didn’t expect such a large turnout as well as large varieties of food on offer. We will comeback again for the the 2015 coverage if time permits. KFF has all this while being held at Kuching South City Hall which is it self one of the famous landmarks in Kuching city. Location map below.

If you like this page, say thanks by sharing this page!